All I Want for Christmas

My friend Neel came over for some holiday cheer Saturday morning and reminded me that Christmas is the holiday of giving. 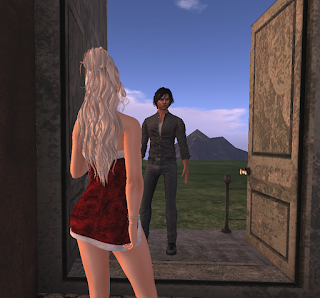 When my doorbell rang, my heart nearly leapt out of my body.  I was so excited to see Neel that I let out a little squeal of excitement!  My boyfriend was out of town visiting his family but I was super horny.  Neel and I had played around before but we'd never actually fucked... in fact, I wasn't even sure he'd want to.  I for sure didn't know if he'd be able to keep up with me - let me put it this way:  I'm a bit needy!
Anyway, when I opened the door I was glad it wasn't the mail man delivering the last minute gift I had bought my boyfriend. 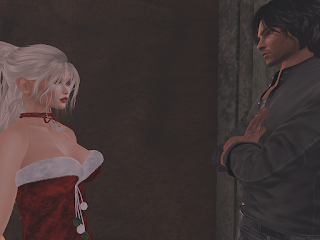 "Come on in", I told him, trying not to be too obvious about staring at his crotch.  "I'm really glad you came over today!"
"Me too, Isa, thanks for inviting me!"  He paused for a moment, looking perplexed, "where's your boyfriend?"   "Oh he's back home with his family for a week...he has to work on Christmas so he went home to visit them while he had some time off."  I involuntarily winked at him. "I'm all alone!"
He flashed a grin at me as my face reddened from the embarrassment of being so obvious.  I was throwing myself at this guy and he knew it.
"Well, we shouldn't waste an opportunity like this one!"  He said this as he walked in to my house...and now my heart was racing.  I knew I was going to get a little action! 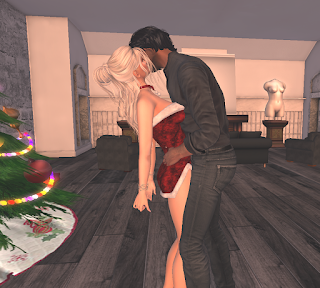 I was shocked though when he suddenly grabbed me and pulled me towards him for a deep, passionate kiss.  Then I realized..duh...I had hung mistletoe above the door.  He was only following tradition.
His kiss was sincere...it felt good to be held so firmly by him.  As we locked faces together, I could feel the slightest bulge against my thigh.  'Oh boy, I thought to myself...his tongue isn't going to be the ONLY thing in my mouth today.' 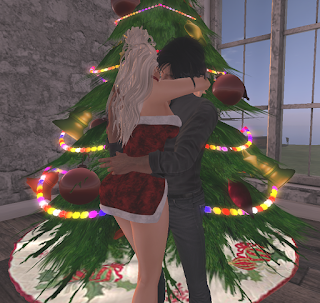 He told me how much he liked my Christmas tree, the tree that just last week my boyfriend and I decorated together.  THAT was a fun night...we hung the lights and ornaments...poured ourselves some wine...and went to town on each other, sucking and fucking like two teenagers.
Standing in front of the tree now with Neel, I smiled to myself remembering that other night and got a little flushed at the thought.
I reminded myself to focus on the present moment and asked Neel in to have a seat. 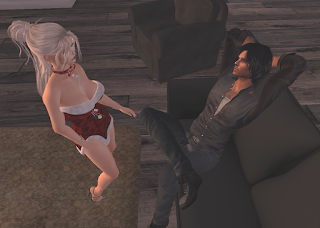 I asked him if he wanted anything to drink and he said no.  I was a little bit disappointed because we all know I love my wine and I was hoping to get him a little drunk.  I was pretty sure I was going to get lucky but as they say...wine always helps things along.
Anyway, he didn't want anything and instead said, "Come have a seat with me, Isa."  He gently took my hand and pulled me down to the sofa with him. 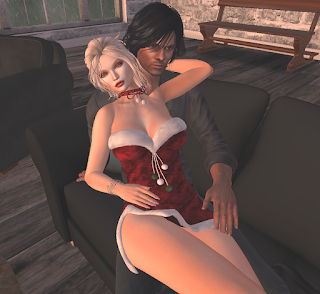 I'm not going to lie; it felt good to be in Neel's arms.  I was missing my boyfriend and definitely didn't want to be alone.  Having the presence of such a strong man was super exciting to me.  My boyfriend knows I play around and even encourages it...but this was different.  This felt like cheating because he was so far away.
I felt like I needed to be honest with Neel about how I felt so I said, "Neel, I'm a little nervous about tonight...I feel like a terrible girlfriend right now." 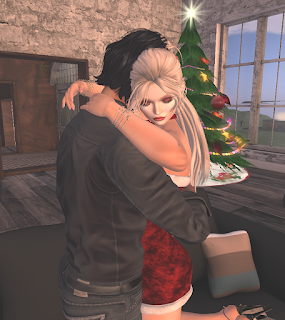 Then he did the sweetest thing...he stood up and gave me a big hug.
"Isa, I don't want you to do anything you don't feel like doing."  He whispered into my ear, "If you aren't comfortable doing more than talking, we can sit and talk for as long as you want."
Then he said, "I just want to be friend to you and I'll accept whatever that means for you."
I looked at him, pulling away from him slightly..."let me give you your Christmas present, Neel."  As I said these words, a big grin opened up on my face and I reached down and unzipped his pants. 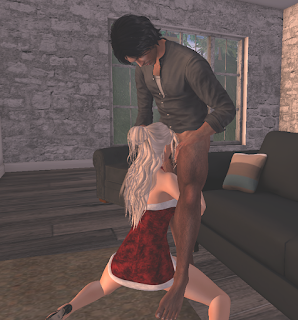 A few hurried moments later, I was down on my knees with his lovely brown cock deep inside my mouth.  I fondled his balls to see how far along things were and I could tell I was going to be at this for awhile.  Yes!
I kept him deep in my mouth, letting his member warm up in there...my tongue doing a lot of the work on his shaft while I lazily tugged on his sack.  I thought for a moment of Santa's sack of toys, giggling to myself at the metaphor.
It felt good to be here on my knees pleasuring a man.  Just a few nights ago, I was here with my boyfriend and I enjoyed the differences in each of their cocks. 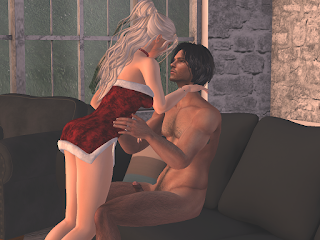 After a few minutes, Neel took off his shirt and sat down on the sofa.  He told me he wanted to taste me and implored me to let him...
"No, Neel...Christmas is about giving, not receiving...you're my guest tonight...you just enjoy your present."  I flashed a smile at him and slowly kissed down his body...his lips...his chest and perfectly chiseled stomach...and well...you know, back down on my knees. 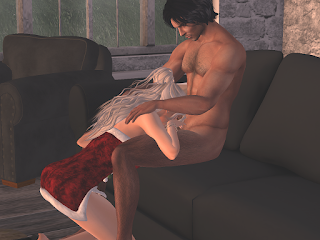 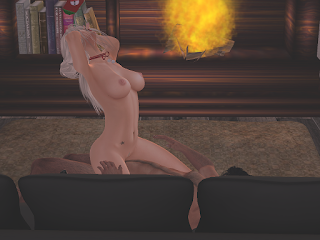 There is no feeling in the world quite like sliding down on a cock.  When it first opens me up, the feeling of being filled up is indescribably gorgeous.  It feels fucking amazing....believe it.
I sat there on him for a moment, savoring the feeling of being so full.  His cock was nice...definitely ample for the job at hand...and his fingers caressed me while I began to slowly fuck him.  Well done, sir! 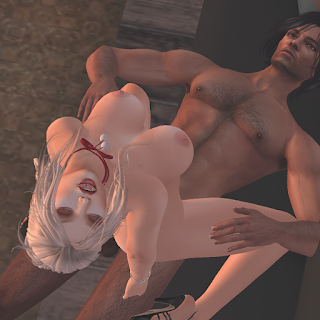 My body twisted into strange positions as I ground my pussy down on him.  He matched my thrusts and the sounds of our fucking soon overtook the cheesy Christmas music playing in the background.
The fire warmed our bodies as we fucked.  I gripped his body tightly with my thighs and started working his cock like I stir my cocktail with a straw...mixing it into a perfect blend of alcohol and juice, pussy and cock. 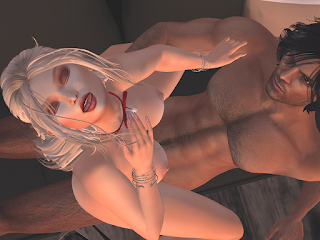 I surprised him I think with my first orgasm.  I squirmed on him with increasing passion and soon the familiar feeling of being overcome came over me.  My whole body was on fire and I literally lost my mind for a moment...I wasn't thinking of my boyfriend at that moment but I think NOT thinking of him made the orgasm stronger.  I was fucking another man and it felt fucking good. 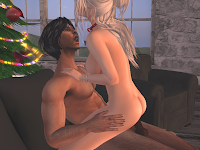 I rode him awhile longer, and he soon was moaning...lost in his own world of pleasure.  He started to say things I couldn't understand...the secret language of lust, I suppose. 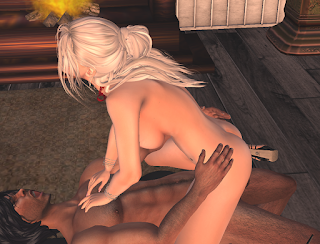 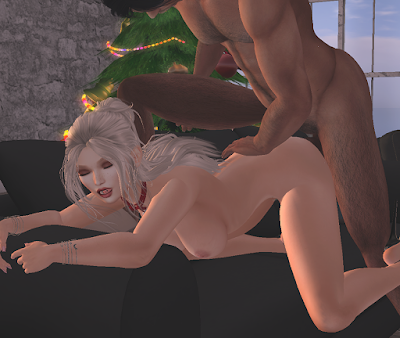 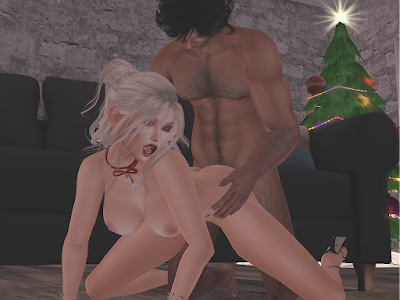 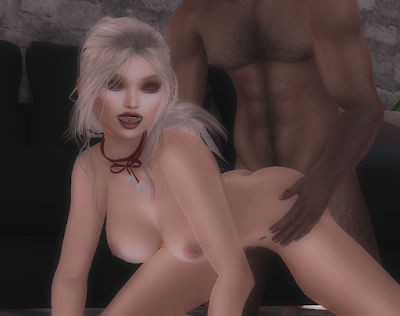 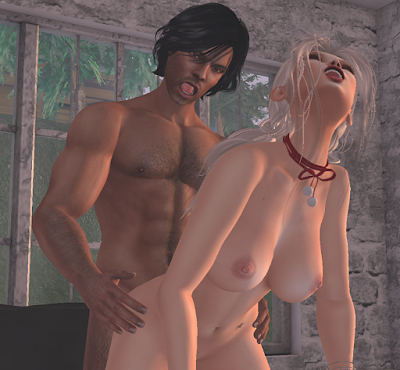 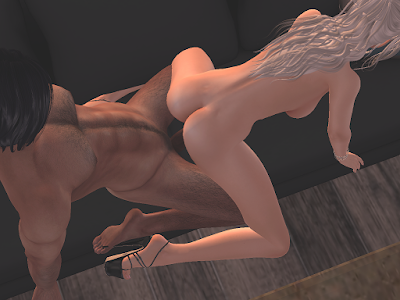 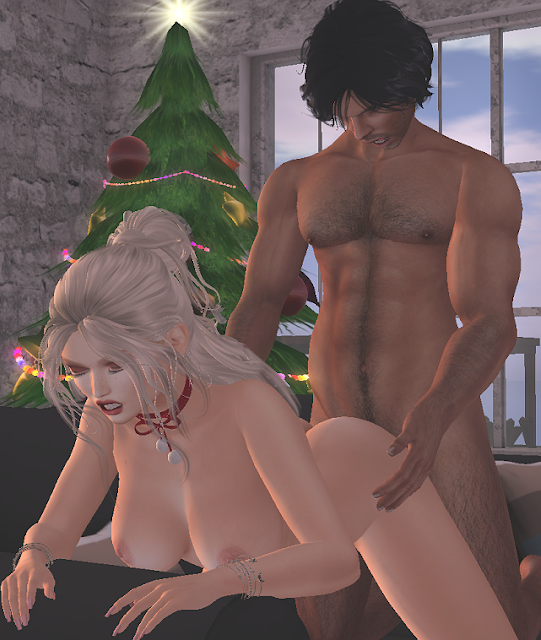 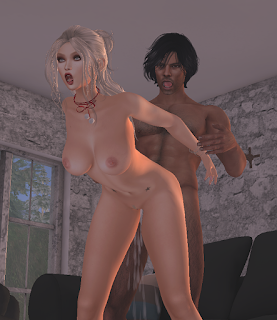 I can't recall how many times I came that night...but I know I know I coated his cock more than once with my squirt.  Jesus, the man could fuck.
I had never been with a man from India before.  Neel was my first, and so far, only.  I loved every minute of it and wondered if I had discovered some ancient sexual secret...after all, the Kama Sutra was written by Indian men...I guess I shouldn't be surprised by their skills.

They wrote the fucking manual, for god's sake. 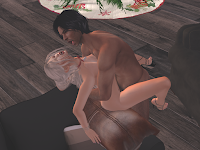 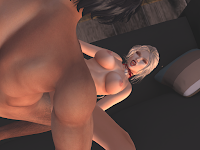 A few more hurried thrusts (oh my god is this guy actually going to wear ME out?!?) and I was jelly. 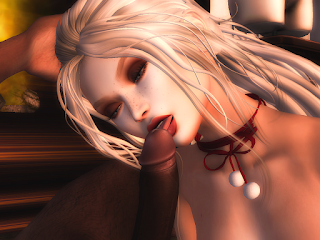 He finally led me down to the floor in front of the fire, where just a few days ago I had made love to my boyfriend.
I licked the tip of Neel's lovely, brown cock and listened to his increasingly louder moans of ecstasy.
I knew what was coming next. 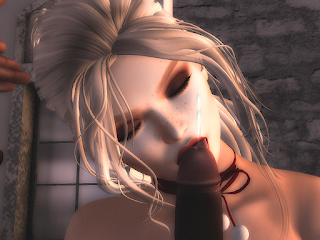 And there it was...the first hot spurt of spunk shot straight out of his cock like a bullet from a gun.  I felt it land on my cheek, and then another...and another.  My warm reward. 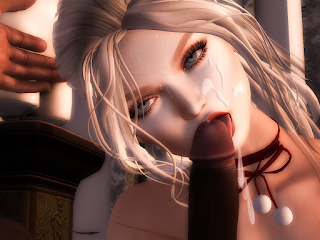 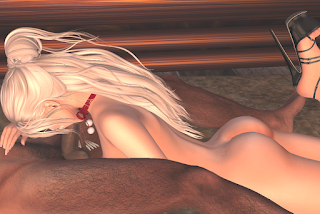 I hate wasting things.  I never leave a little sip of wine in my glass and I never leave a bit of spunk either.  I licked and sucked the last bits of his orgasm from his cock and balls, cleaning up after myself. 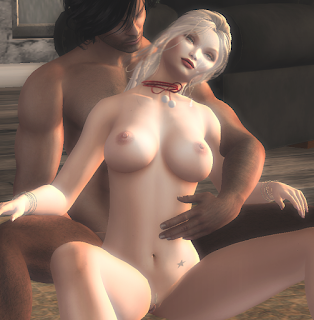 I was given all I wanted for Christmas...and I was content.

Posted by Isabelle Cheviot at 7:11 AM