Rob has made 9 films (see the list below) to date with Dog Star and when asked which was his favorite he replied, "I had an amazing time doing Brazilian Nut". First because once more I worked with the beautiful and amazing girls Isa and CrisaV. Plus we had such a good time that it took us around 4 hours to shoot... it was awesome."

Rob, who resides in Brazil, has been in SL for almost 6 years.  He is an amazing photographer whose work can be seen at https://www.flickr.com/photos/58138613@N03/.


Finally, I asked him what advice he would give to a person just starting out in SL Adult pornography?   "Take your time. Work on improving your avi. Respect the time and the skills of the person you're working with. Be on time. Work to get as best as you can to what the artist has envisioned. And first and foremost... Have fun!"

I always have fun working with Rob.  He is able to navigate the fine line between professionalism and sensuality in a way that makes me blush.  Please enjoy a few new pics of Rob and a few from his films with Dog Star! 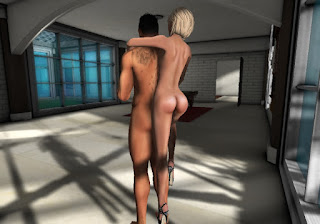 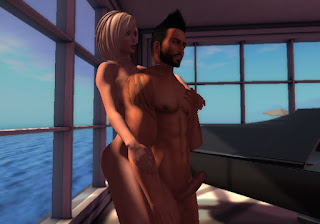 Posted by Isabelle Cheviot at 7:02 PM

Email ThisBlogThis!Share to TwitterShare to FacebookShare to Pinterest
Labels: DS Performer of the Month, Rob Roxley