Moni has been more to me then a star in my films; she's been a trusted confident and a true friend.  She truly brightens my day!  I am so happy to select her as this month's Performer of the Month - we're a bit late due to unforeseen RL circumstances but we have it done now and I'm so happy. 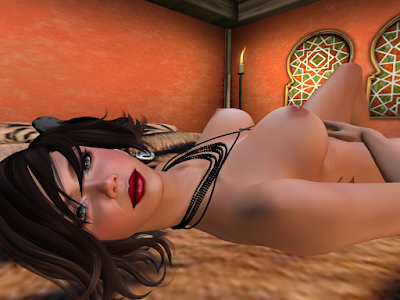 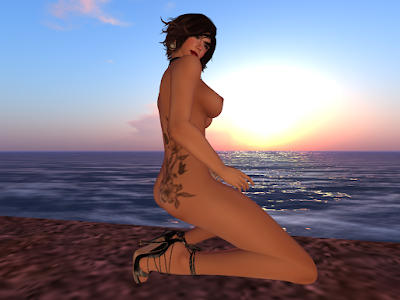 Isa:     Generally speaking - where in the world are you from?
Moni:   The Great White North, and no that is not Minnesota. Canada, land of the maple leaf and hockey fights.
Isa:     How did you find SL?
Moni:   I remember hearing about it many, many years ago, but never could understand the draw of a virtual world that sold itself as a place you could fly. ;-) Sometime last year, I was in need of a distraction, a place where I could explore different things. I know this all sounds cliche, but after a night of searching and exploring, I created my first Ruth under the rssen username. Boy I wish I knew I would be stuck with rssen and what that meant before I invested in mesh...
Isa:     What DOES rssen mean?  (Moni's full name is 'Monique LeFry' aka 'Rssen Resident') I've always wondered that!
Moni:   LOL. It is one letter off of an old username I used in other games. The full version was taken. And I thought I wasn't go to be here past a day. ;-)
Isa:      How did you become involved in SL pornography? 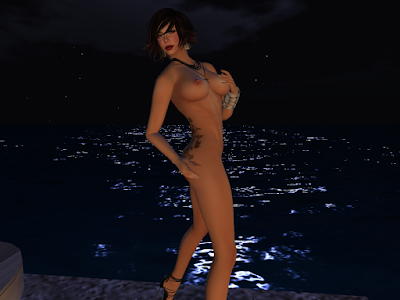 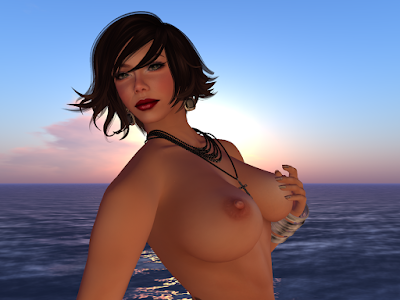 Isa:      With all of the potential here in Second Life, why do you think so many of us congregate to the sexual aspects of it?
Moni:   Sex is probably one of the most instinctual, primal aspects of being human. Of course it drives the existence of the species, but it is oh so pleasurable as well. Yet there is still a certain, "don't speak, don't tell" aspect to it in RL, a naughty overtone that provides a level of inhibition. Here, there are few consequences and an open world to explore any and all aspects of your sexuality. And you have the ability to check your inhibition at the door when you enter your password. Did I mention sex is fun?

Isa:      Tell us about your involvement in Dog Star?
Moni:   It was probably a few months in to my occasional appearances at the official porn star parties (if you are new and reading this, don't miss them!), and I was still getting to know who everyone was. A few photo opportunities and my own photos were fun, but I was starting to despair a bit. But this beautiful blonde by the name of Isa IM'ed me, saying that I had a great look and that I was a somewhat rare commodity in not being blonde. XD A few chats and a friendship was born, and my first film opportunity arose. Since that time I have been in a few productions for Dog Star, and have loved every second of working with the company. Isa gave me my first break in films, and I will never forget that. Whenever she wants me for something I will be there.

Isa:      Moni has been in 2 released Dog Star films and is involved in a major project at the moment.  (See pictorial below)
Girlfriends 2
A Taste of NP

Isa:     Any other advice for aspiring porn stars?
Moni:   You hear it many times, but really, the keys in my mind are perseverance and patience. Don't be afraid to put yourself out there. Be respectful and fun to be around, put work into your appearance, and initiate conversations and do your own photos. But it won't happen in a day, or a month other than for the select few. I feel like I am JUST hitting a stride, breaking into the C-level of models/actresses, and I am, ohhhh, like 8-9 months in to my "career". So have FUN along the way and stay positive. This is not intended to set you off, because during those 8-9 months I have had the best time, and met some of the best people in SL. Enjoy the ride. 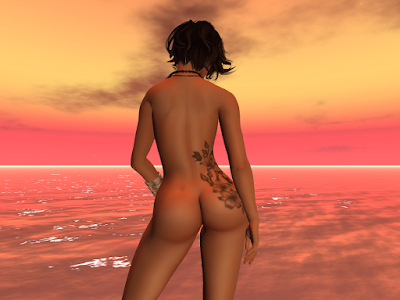 Posted by Isabelle Cheviot at 6:47 PM

Email ThisBlogThis!Share to TwitterShare to FacebookShare to Pinterest
Labels: DS Performer of the Month, Monique LeFry