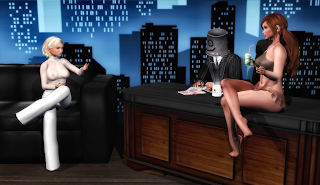 Bucket: Hello again denizens of the digital world, we're back and this... is... Late Night with Bucket & Peanut! As always I am your ruggedly handsome host Bucket and with me as always, my co-host and self proclaimed Queen of the Mogwais, Peanut

Bucket: Our guest tonight is a busy little bee. She helps run the Bare Assets Club, she's a model, she's a photographer, she's a CSR/Mod for Caspertech, she's a content creator, she's the co-owner of a new gallery, she's the owner and operator of the illustrious Surplus Motors and most impressively I've heard she fought along side the mighty All Father during the final battle of Ragnarök ..... Please welcome the sweet and talented, Miss Jules Catlyn!!

Peanut: Is there nothing this bish can't do!

Bucket: Welcome to the show Jules it's great to have you here. I hope Peanuts Uber driving didn't terrify you to much. We would have sent the limo but our driver quit, apparently Gummi Bears are not a sufficient form of currency.... who knew?

Peanut: Everyone Bucket!.... literally everyone but you knows this.

Jules Catlyn: Thank you for having me guys!!

Bucket: Glad to have you on the show, hope you have been keeping well during these crazy times

Peanut: I've been quarantining with a guy that wears a Bucket on his head......even during sex.......we gonna need a new headboard soon!

Bucket: Yeah you know how hard it is to get dents out of this thing?

Jules Catlyn: I guess you dont get eaten out a lot then Peanut

Bucket: Hey I'd like to think I make up for it in other areas

Peanut giggles......and you be totally surprised at the friction that bucket can make!

Jules Catlyn: Thats an issue a lot of men have. They "like to think" and that is often not their strongest asset. 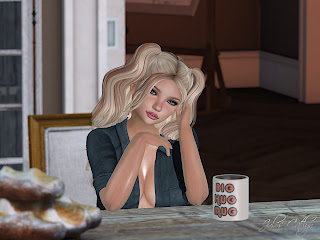 Peanut Rolls Eyes: Here you go with the daring again.... You know when the SJ-dub's turn up on the doorstep looking to put your balls in a sling again, I aint bail'n ya out again!

Peanut: Yeah but I left my tear gas in my other panties, so you's shit outta luck pal

Bucket Stops and slowly turns to look right down the barrel of the camera, before slowly turning back again

Bucket: Anywho..... how does an "enterprising young go-getter" like yourself wind up a greasemonkey building cars? 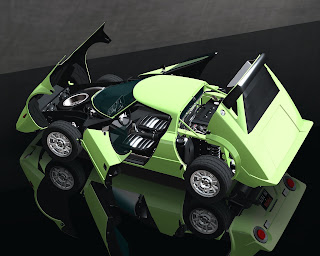 Jules Catlyn: It is a bit of a story but i will keep it short. I was making buildings and furniture. One day i thought for some fun to try make a car. In rl i come from a "car family". It sold well, so i did another one. And that is how Surplus was born. The most fun part was that i didn't have to be online to make money. So that beat the hell out of escorting which i was doing as a main source of income at a time. Plus calling guys "daddy" was starting to get a bit old.

Bucket: Well especially when you're getting paid for it, would sound so disingenuous after a while I'm guessing

Jules Catlyn: Hope your Vespa gives you a good ride!

Bucket: It's old but reliable

Jules Catlyn giggles. That could get bumpy

Bucket: Bumpy indeed *laughs*   Now Jules.... you have quite the interesting selection available at your store. How do you go about your selection process? Are all your builds on some kind hopped up Bucketlist?

Peanut: Ha Bucketlist! I see whatcha did there, very smooth! Rolls around laughing

Bucket without even looking reaches over and pushes Peanuts giggling ass off the desk: Ahem.... Are they all on some kind of list or do you just like throw a dart at a stack of car magazines?

Jules Catlyn: There is no method to the mayhem. I do listen to my customers sometimes i also look whats hot in real life. But mostly i just do what ever i feel like doing at the time. it is hard to please everybody. So some cars are successful and others aren't. .

Bucket: Ok what about car requests? What's the craziest one you've been asked for? Like has anyone come up to you and asked for something magnificent up like a Suzuki Mighty Boy 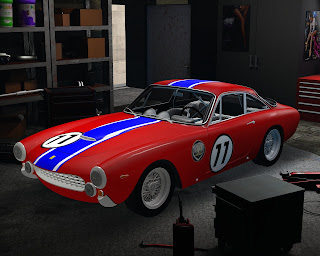 Jules Catlyn: Most requests are pretty boring. I do not do requests at the moment  but a favorite is custom textures. I guess it is the same as with tattoos. People are deeply in love and want a picture of their latest "squeeze" or "Pookie" on the car. The most other requests i get are usually that they want a refund because they bought cars drunk and got their credit card bill or they want me to do something horrible because their lover left or cheated on them.

Bucket: Do something horrible you say?

Jules Catlyn: They think i can make a car blow up or something hahaha

Bucket: Ok wow, that's how you know when you're taking your SL relationships to seriously... you you commission freaking car bombs from people for your ex's

Bucket: Look at me.... look at this Bucket.... I am incapable of blinking

Jules Catlyn: But you are somewhat protected

Bucket: I have to ask this, I'm sure our wonderful viewers expect it. I got a three word question for ya.... Back... Seat... Space? Which one of your wonderful cars way built for regular trips to Pound Town?

Peanut suddenly stares intensely at Jules: Don't try to deny it. We know you have one... The Mogwais tell me so!

Jules Catlyn: I have no idea what freaky stuff my cars get used for. I am sure i don't even want to know. But if i were to suggest a car it would have to be the Limovan, A small partybus with enough space to really get going. With several people at the same time if needed. me personally i prefer a bed to be flung around in.

Bucket: As well you should, you are a sophisticated woman after all I'm sure

Peanut: I pictured you getting it on in a bouncy castle for some reason!

Bucket: Now that's my Jam.... takes me back to your last birthday party Peanut

Peanut: That's a story is for Bucket and Peanut "After Dark!" and ya know it!.

Bucket: Spoilers Peanut spoilers... you have earned your spanks tonight I think

Bucket: ......Alright before I pass things over to my bouncing sugar filled co'host for rapid fire question time.... As mentioned at the beginning you had recently opened up a new gallery with another guest from our show, Iris Okiddo. Why don't you tell us a little about that?

Jules Catlyn: Well, we moved to a new sim in March where we had more space. Next to my shop i have my home and in between i planned a garden. First i wanted to put in a pool area for some saucy fun parties but then i thought it would be a better plan to do a gallery and give SL artists a space to show their work. I asked iris to help me because she knows way more about photography in SL than me and is a great person to work with. And that's how Andante was born.

Bucket: Andante, now there's a sexy name for a gallery

Peanut: I think that's a really koo idea.......What photographers have you showcased so far? 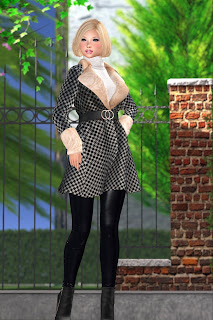 Peanut: Sex Sells fo sho!.......Is there anything different about your gallery then the other one's throughout SL?

Bucket: Like do your serve condoms at the door?

Jules Catlyn: I don't know that many galleries in SL to be honest. We kept it small and intimate. It has its own style. Still very much learning how to do things with it. Maybe we should give out condoms but then again I removed the adult chairs because people were actually using them

Peanut giggles.....Bucket just washes the same condom over and over anyways!

Bucket: And there you have it folks

Bucket: You heard it here first.......But hey Jules, for reals dawg, we here at the show wish you and Iris all the best with it. This however does bring us to that final part of the interview... Time to hand you over to my little Gremlin co-host for Peanuts Peanut butter Rapid Fire Question time!! Take it away Peanutto!!!

1. How many chickens would it take to kill an elephant?

2. If you could give anyone on your friend's list a wedgie, who would you choose?

3. If you were arrested with no explanation, what would your "friend's" assume you had done?

4. What is the last song you sang in the shower?

5. If you could lock up one person from your friend's list in an insane asylum, who would it be and why?

Jules Catlyn: Jeebus, where to start!

Bucket: Then 2 I hear

Bucket: And old wise man told me 3 comes after that

Jules Catlyn: I rather like elephants, so i would suggest we just kill the chickens and make them into nuggets. I like nuggets! Especially with a milkshake.

Peanut: I actually LUVS that answer!!

Bucket: I would have said one chicken

Bucket: I think you could at least choke a baby elephant with one

Peanut: Your going to hell, Bucket!

Jules Catlyn: Hmm who would i give  a wedgie. *taps chin* Probably Lucrezia. I love how she responds to jokes and she has the cutest bum so undies between her cheeks would look sexy!

Peanut: Awwwwww.........that would be the sweetest act of wedgie given evs!

Jules Catlyn: If i were to be arrested, friends would probably think it was because of something sexual and roll their eyes. I have been know to have sex in any place accessible so that would probably be it. Like having sex in a church or a playground.

Bucket: How about a bucket warehouse?

Jules Catlyn: Song in the shower, hmm. I usually don't sing. I am too busy having a good time with the showerhead. Mine is a bit broken and has a thicker jet that can hit the right spot in the right way.

Peanut giggles...."I know one with an epic bouncy castle!"

Bucket: Mine has multiple settings to tickle my wang with!

Peanut: Number 5 is a toughy......I jus luvs putting our guests on the spot!

Peanut: well not for me though.....Smiles at Bucket

Jules Catlyn: its a bit hard to make a choice on who i would put in an asylum. Some are really nuts. But at the moment i would say LIam. He is insane enough to want to date me and trust me he is regretting that!

Peanut: The cute ones are ALWAYS the craziest......right Bucket!?

Jules Catlyn: Uh oh Bucket will be sleeping on the couch

Peanut: Or a cozy cot in the asylum! 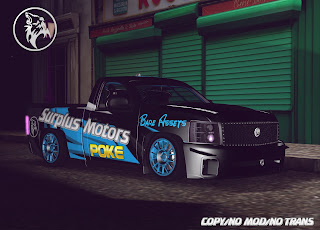 Bucket: well once again I'm afraid that's all we have time for, Thanks to Jules for coming on the show it was an absolute treat to have you.... and also we want to extend a big thanks to you, our viewers! Ever since we started the show we have been getting great feedback, and great support from the people who watch. We're really are trying to work hard here to put an new interesting spin on some old ideas for everyone to enjoy and we are currently looking into more varied and fun content for the show to provide on the regular.

Peanut: My "Fingercuffs with Peanut" segment unfortunately was shot down!

Bucket: Thanks for tuning in, we love you all and let the good times roll. ☺   Say Good Night Peanut!

Jules Catlyn: I had a blast, thank you for having me!

Bucket: So until next time, you Stay Groovy SL and thank you Jules for being on the show...GOODNIGHT

Jules Catlyn waves to the camera