I'm happy to announce, albeit a bit late, that the first Performer of the Month for the new year is one of my favorite people in SL, Nicasio Ansar!  I met Nica through a mutual friend and we made a film together.  From there our relationship has grown into one of (I hope) mutual respect and admiration for one another.  I don't just like Nica...I admire him.  Read this brief interview, enjoy the wonderful pictures by Oakley Foxtrot and Nica himself, and then check out the Mirage Gallery.  Maybe you will also find inspiration in Nica's work, as I have, to be true to yourself, and to do more.  Enjoy. 💗

All photos by Oakley Foxtrot except where noted. 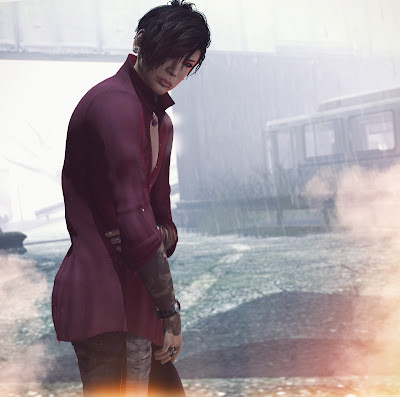 Isa:  Generally speaking, where in the real world are you from?
Nicasio:  I'm from Texas.
Isa:  How did you get into Second Life?
Nicasio:  I had a friend from a game who asked me to come over and rp with her.
Isa:  How did you stumble into SL pornography?
Nicasio:  I was talking with Envy Watts one day and basically complaining about being bored.  So she was like "When I'm bored I usually work on a photo.". At that point I wasn't really all that into SL as a creative outlet but that got me started on it. After that I did some photos for Domino Dupree's blog and...here I am.

Isa:  Tell us about the Mirage Gallery?  How did it start, what is the motivation behind it, etc. What do you feature there? 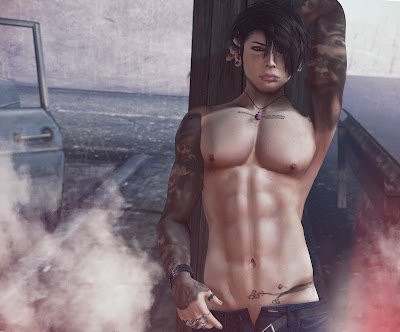 Nicasio:  The gallery, as I recall, was me having some spare available prim and the idea to show photos from Aroused in it. I'm pretty sure I just talked to Kat one day and was like "Yeah, so, I had an idea."   Motivation wise, for me,  it's a fun project that let's me show photos or other people's art. We've done film exhibits, furniture exhibits, and had a cool diorama exhibit from Spirit Demure-Rust. I'd like to do more nontraditional things instead of just showing photos and there's a few ideas we've talked about to try 2017.


Isa:  In addition to showing off other people's work, you're quite a photographer yourself; is there a tie for you between your SL photography and RL?  How would you define your photographic work in just a couple of words?
Nicasio:  I'm an amateur Instagram photographer.  I'm not sure there a tie between them besides "me". I'd define my photos with: 'needs more practice'.


I feel that I'm always at my best when I'm working with other people. My favorite photos are the sets Kei and I have done together. They were all the same in that I would sketch the idea, she would refine it. I would take the photo and show a few examples and then she would choose one and edit it. There are examples of this process on Flickr.

Isa:  We worked together on Dancing on the Moon - talk about the inspiration behind that film and a bit about the creative process. 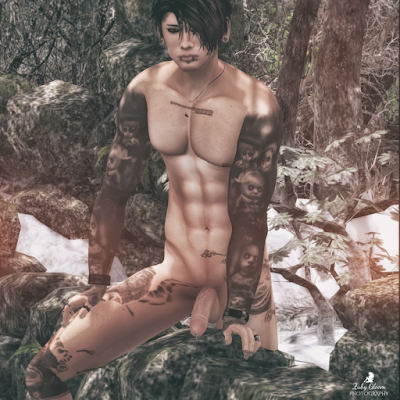 Nicasio:  Wasn't that you calling me and saying: "Let's do a Halloween movie."  And then me saying: "Sure but I want to write, score, costume, and build sets. "
Inspiration wise the driving idea behind it was the idea that footprints on the moon would just stay there forever.   For my part in terms of screenplay it was finding a really simple narrative frame and then filling in the spaces. I knew from our talks we'd have 3 sex scenes so from there it was figuring out a way to legitimize monsters in the narrative. We both knew we agreed on David Lynch so the psychological angle gave room for what was going on.
Musically: I wrote the main vocal song first. After that I transposed it to relative minor and then split it apart into modular pieces so that it could be inserted into scenes in varying orders.  Mostly so that the feel would be consistent throughout and seem like it was always going somewhere.

Isa:  Do you think hardcore pornography can be considered art?
Nicasio:  Art's subjective, of course.  Rudyard Kipling, in The Conundrum of the Workshops, has this thing where the Devil is examining and commenting on things and seems to agree that they are pretty, striking, and clever but questions if they are art.
I think in some cases going slow mo and b&w makes it less art and just makes it derivative. I think that when something crosses the threshold and becomes evocative and affects the viewer on an emotional level is when it becomes art. So going back to the hardcore porn thing.  I think it can be.  I think the reason it may fail in most cases is that there little emotional investment or risk on the part of the artist. 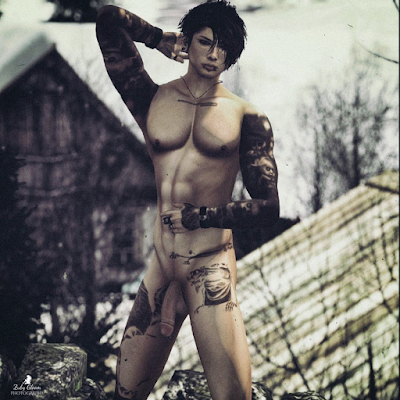 It's been my experience that most "Art" has an associated cost to create it and that's reflected in the work on some ephemeral level.
Another way of saying this is that unless a photograph,  for example, evokes a legitimate emotional response from the viewer it's just a pic. In terms of SL Flickr culture I know I personally see a lot of "ooooo that's hot" in comments along with technical critiques. Both of those are great but I'm not sure it's the same thing.
Awhile ago I came to realize that as a rule my "best" photos where the random snaps where I'd catch a moment instead of manufacturing one.  And I think the main reason they seemed so good was because they just seemed to be more genuine and honest.  So my current struggle is to try and apply that to every photo and make each one alive and improvisational.
A good way, for me, to think about it is - for the audience: "How did it make you feel?" I think if the answer to this is 'Idk but boobs and it's going in the spank bank for later" than it's probably not Art.
Then again if it's going in the spank bank forever it may be Art. Again, subjective. 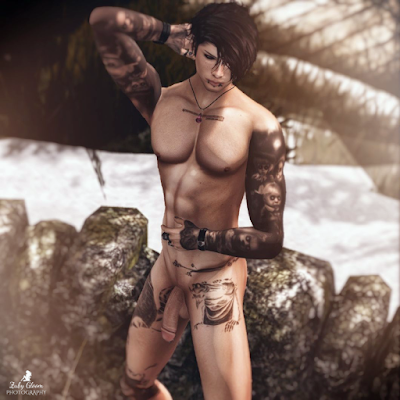 Isa:  Who is Nicasio Ansar?
Nicasio:  I have no idea.

Isa:  Is there anything I haven't asked that I should have?
Nicasio:  Prolly some dirty innuendo question. The answer is 'yes'.


Thank you to Nicasio for taking the time for this interview and to Oakley for her amazing photographs.  Keep reading for info on Nica's work with Dog Star!

A Piano Lesson
Taboo - Volume 4
Empire
Dancing on the Moon

Posted by Isabelle Cheviot at 7:03 AM