For some guys, hiring a call girl might help fulfill a special fantasy...and then sometimes the call girl gets her own fantasy fulfilled!

Part One:  The Guys Make a Phone Call 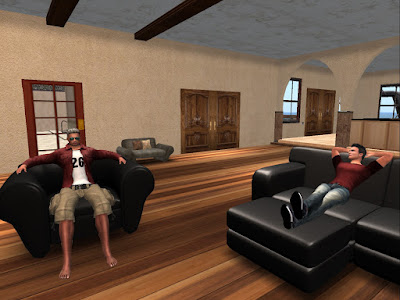 "I know, right?  I'm almost ready for school to start back up...how pathetic is that?!?"

"Pretty pathetic...especially considering how bad you sucked last semester.  But listen, I have an idea.  I have friend who sorta pimps part time - he says he has a new girl that's totally making some bank." 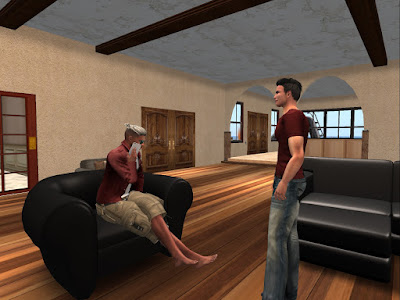 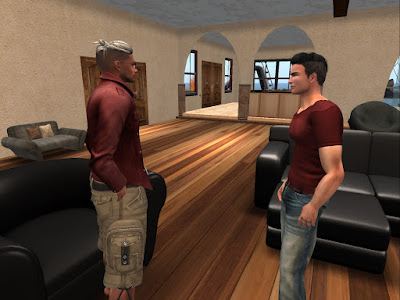 "Dude, she's on her way over here - she'll be here in like ten minutes!"

"Sweet - how much is this gonna run me?"

"Mirko said she'd be fair so don't worry about it - I trust that guy!" 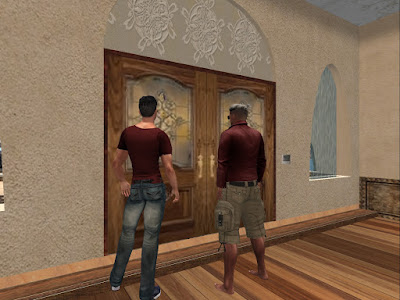 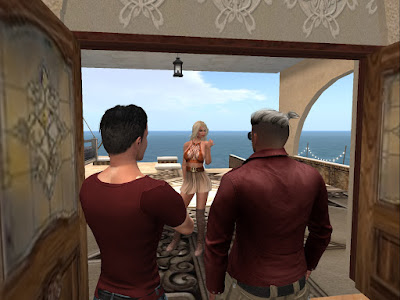 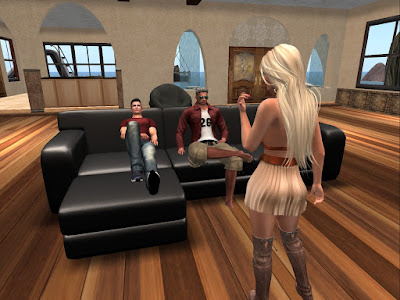 Bart gulped, "we're open to anything you want to do...honestly this is our first time with a....with a...um.." 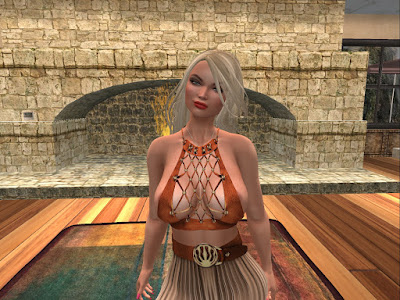 "Prostitute, call girl...lady of the night...WHORE."  She smiled wickedly at us.

At this point our instincts sort of took over our nerves..and that's when things got exciting. 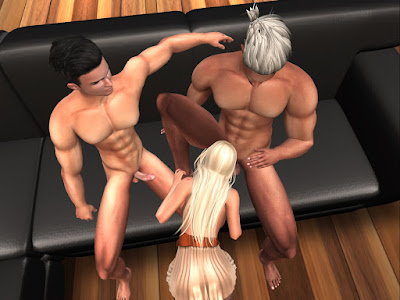 I'm right handed so when presented with an option, I tend to do the right thing. :)   I'm not going to lie - both of these boys were built...I mean holy mother of god look at those abs!

Oh..and this guy's cock was super hard already and I had fun teasing it with my tongue before I put it in my mouth. 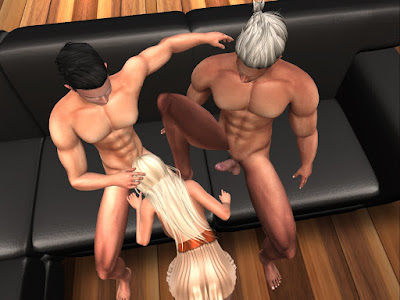 But I didn't want the other guy to feel left out so I moved over to him and put HIS dick in my mouth...and wow did it taste good.  He was also amazingly hard and..well, you know.  It was fun! 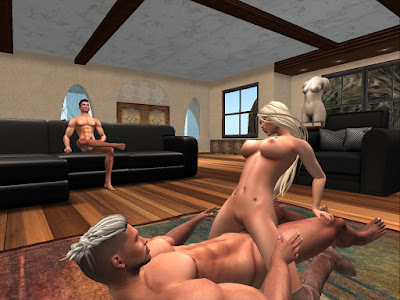 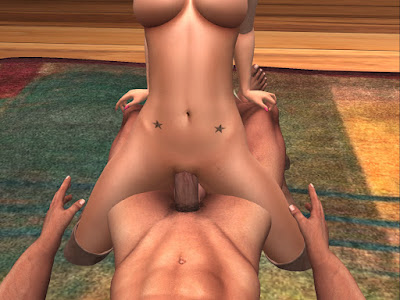 He handled himself extremely well as I stuffed his manhood snugly inside me, writhing on him as every inch of that monster thrust up deep into me. 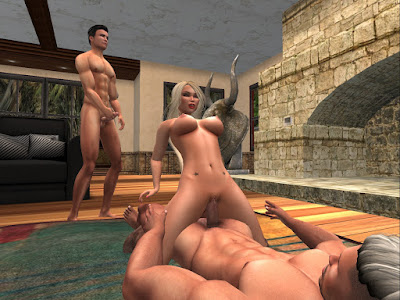 But Jamezz had his turn and now it was time for Bart to step up. 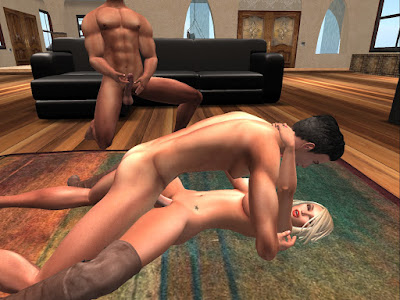 And wow did he ever step up!  I laid back on the rug and felt his thick dick slide into me really easily and I let out a moan of extreme pleasure as he started to fuck me...and fuck me good.  This was turning into a really fucking good time.  And a really good time, fucking. 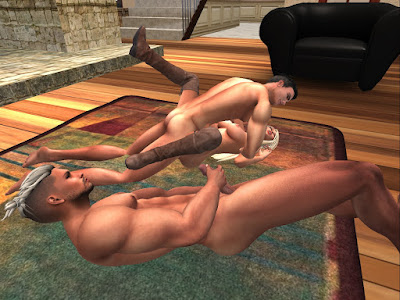 Bart really got going...fucking me really hard..driving me into the rug with each thrust...I threw my legs wide open as he fucked me, my pussy contracting around his member as I spasmed into orgasmic bliss.  Jamezz kept himself hard by watching and jerking himself. 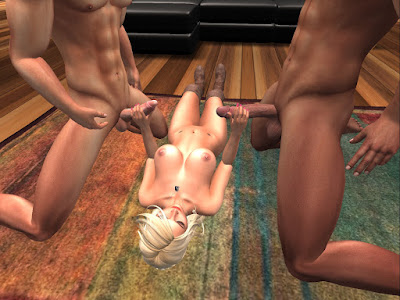 After a bit, the boys had had their own fun and were ready to share me so they lined up next to me and I jerked them a bit in anticipation...I don't think there was any risk of a soft cock but one has to be certain.  I was certain that I was about to get fucked silly.


Part Three:  The Call Girl Gets it Good 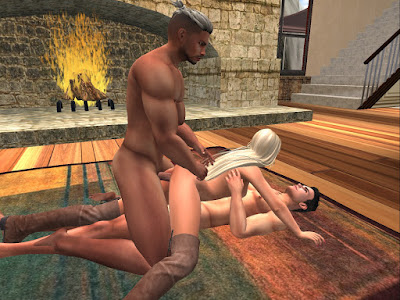 Next thing I knew I was sandwiched between these two guys, with one of them buried in my snatch, and the other one sliding his cock into my ass.  I started to make crazy noises like a kitten mewing for its milk... 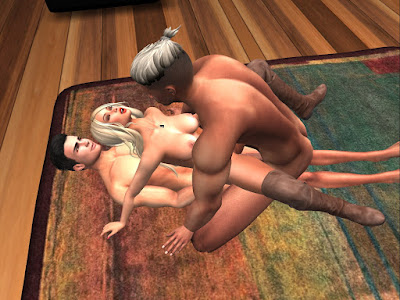 They worked me over good...their thrusts were timed perfectly so that one would be thrust in while the other one was moving out, so I could feel one of my holes always being penetrated...no let up.  It felt fucking amazing!

My body was slick with sweat as they pounded me - I knew I wasn't dealing with ordinary college boys.  These guys were special. 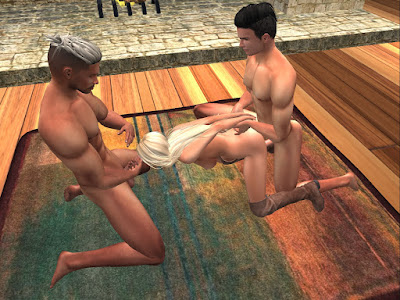 Bart pulled my arms back behind me and started fucking me like a bitch while Jamezz shoved his glistening member into my mouth.  I could taste my pussy on his dick...and I had to concentrate so as not to gag on his sizeable member!

Their spit-roasting continued for some time while once again I came, moaning through Jamezz's dick in my mouth and Bart deep in my lady's slipper. 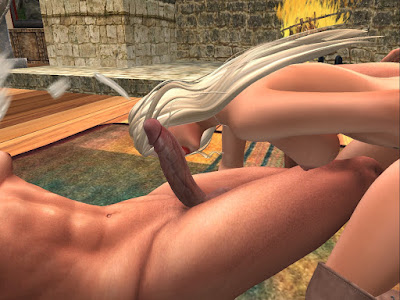 I was licking Jamezz shaft up and down when he finally shot his thick load onto his chest...it took me by surprise and I let out a little scream...but that may be because Bart was still fucking me! 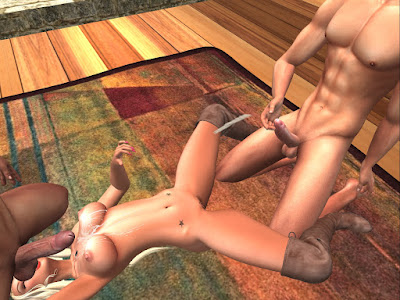 Speaking of Bart...right after Jamezz spurted his goo, Bart flipped me over onto my back, gave me a few deep thrusts, then pulled out and shot his creamy contents all over me...Jamezz balls, which were still dripping a bit, found their way into my mouth.  I licked them clean while Bart covered me with his glaze. 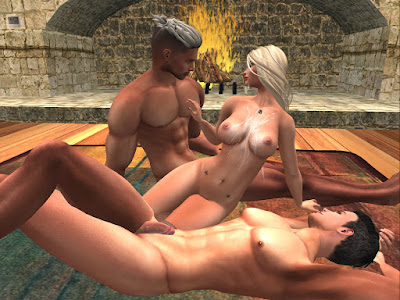 We chatted a bit while their spunk slowly dripped off my body.

"How much do we owe you", asked Jamezz.


Posted by Isabelle Cheviot at 1:00 AM